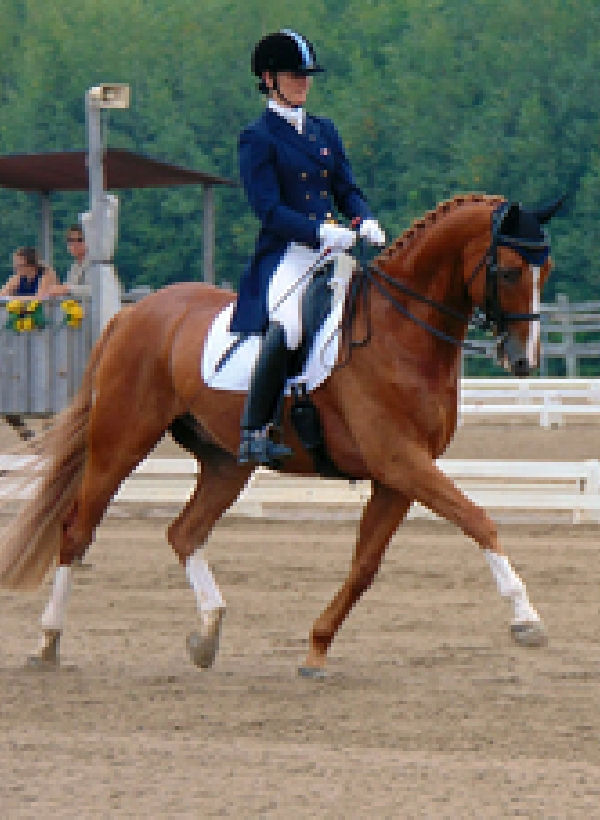 Gina Smith was one of Canada’s most accomplished dressage riders during the 1996 Olympic selection trials, with a high score of 66.93%.

She was a member of the team that was named Grand Prix Champion in 1997.

In 1997, Gina won the Canadian National Dressage Championships for the first time in her life.

She represented Canada at the World Cup Final in Holland in 2000.

In 1991 she achieved the Level 3 Coaching status in dressage and is a Level 3 Course Conductor.